Lebanon is currently experiencing one of the worst crises in its history. The Lebanese economy has collapsed. The World Bank speaks of one of the biggest economic disasters in the last 150 years. The national currency lost 90% of its value within one year. Anyone who earned the equivalent of R17,000 a month one year ago is now paid less than R1,700! Lebanon’s upper-middle-class is now living below the poverty line. The country has not had a regular government for a year. Demonstrations by angry citizens are becoming more and more violent. 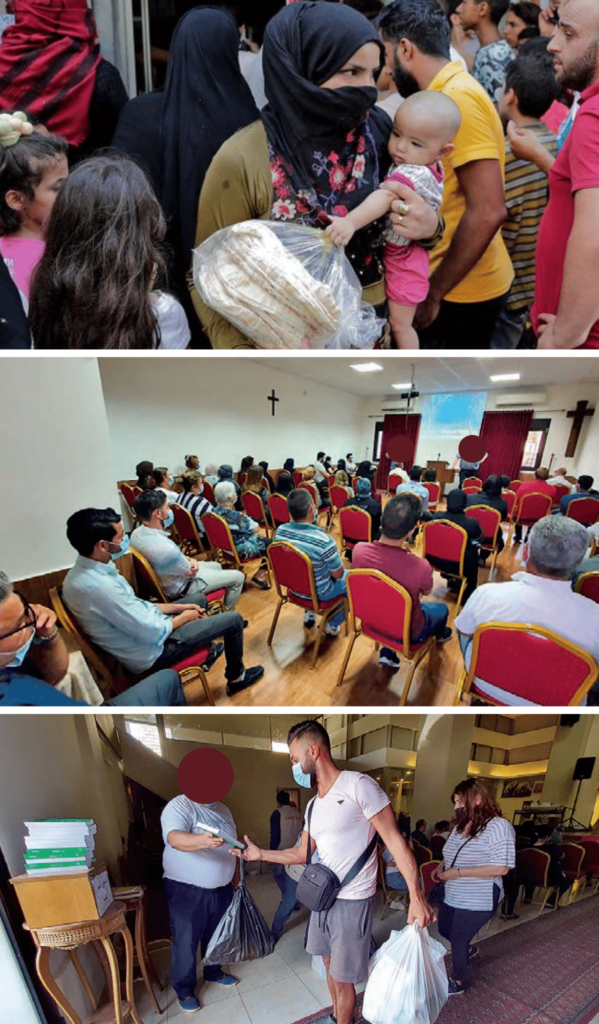 There are shortages of basic food and fuel throughout the country. The electricity supply in Lebanon has virtually collapsed. A famine catastrophe is already looming in Lebanon. According to UNICEF, almost 80% of the Lebanese are unable to feed themselves sufficiently. Among the approximately 1.5 million Syrian refugees in the country, this figure even reaches 99%! Pharmacies lack essential medicines. Families with small children are desperate. A packet of powdered milk now costs a quarter of a worker’s monthly salary – if it can be found at all.

From the pen of our Bro. John, our Frontline Worker in Lebanon:

“Lebanon is currently in a dramatic downward spiral. One sector of public life after another is collapsing. The country is bleeding out – many skilled workers are leaving the country. After the Lebanese central bank filed for bankruptcy early last year, foreign exchange reserves are dwindling. Power outages, fuel shortages and grid outages in the telecommunications sector are getting worse by the month. Poverty in the country is rising and as a result, there are also more demonstrations and road blockades.”

“For many people, life here has become extremely challenging. Many of the best-educated people emigrate. The Lebanese pound lost over 80% of its value. In the shops, many items and sometimes even food is no longer available.” He says: “Many people say: There is no hope, we have no future! But I say: With our Lord Jesus there is a future and hope! He lives and He will help and assist us in these dark days!”

August 4th was the anniversary of the catastrophic explosion in the port of Beirut. The government speaks of 190 people killed and about 6,000 injured. Many houses were utterly destroyed, many other buildings were severely damaged. Until today, the renovation work has not been completed.

Our co-worker Bro. John and his team have been taking care of those affected by this blast in Beirut for one year now. Every week, about 100 people – nominal Christians and Muslims – gather in a meeting room in Beirut, listen to the Word of God and receive urgently needed food.

Call of Hope has regular services for Muslim refugees who came to faith in Jesus Christ. These refugees are suffering persecution from their Muslim friends and relatives while at the same time bearing the effects of the terrible economic crisis in Lebanon. Even with the many difficulties they face, they have an enormous joy and a deep inner peace as they praise God and study the Bible with zeal.

The Apostle Paul first wrote the Letter to the Philippians to a church that he himself had founded. He knows that many of the church members in Philippi are persecuted because of their faith and are also struggling with poverty. And yet he encourages them, “Rejoice in the Lord always.” He knows that whatever happens in their lives, the Philippians can rejoice because they are united with Jesus Christ.