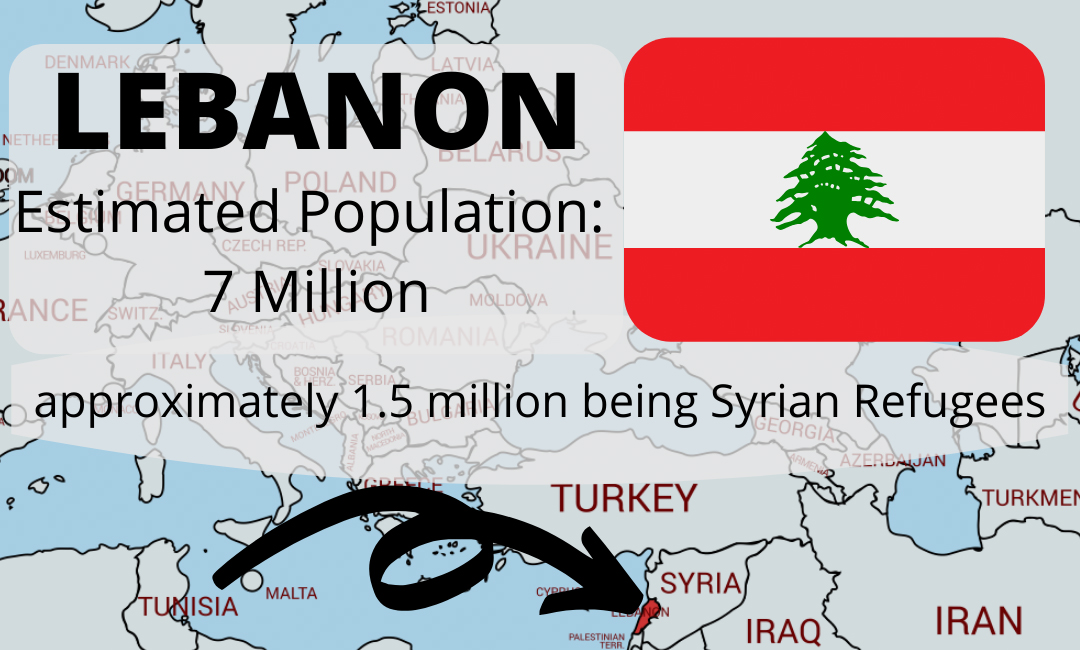 Lebanon is a country in the Middle East. It is bordered by Syria to the north and east and Israel to the south, while Cyprus is west across the Mediterranean Sea. At just 10,452 km2, it is the smallest sovereign state on the mainland Asian continent. Despite its small size, the country has developed a rich culture and has been highly influential in the Arab world, also powered by its large diaspora.

Lebanon used to be the only Christian-majority Arab country. In 1975, a bloody civil war started between the various religious and ethnic groups in the country which lasted till 1990. Today, Lebanon is majority Muslim and Christians comprise around one-third of the more than 5 million Lebanese.

In 2012, the Syrian civil war threatened to spill over in Lebanon. Many Syrian refugees poured into neighbouring Lebanon. As of October 2016, the government estimates that the country hosts 1.5 million Syrians.

Currently, Lebanon faces a huge economic and political crisis. For many, the situation is nothing less than desperate. This is particularly true for the many refugees living in refugee camps. In these circumstances, the Call of Hope team in Lebanon is shining the light of the gospel to Muslims.